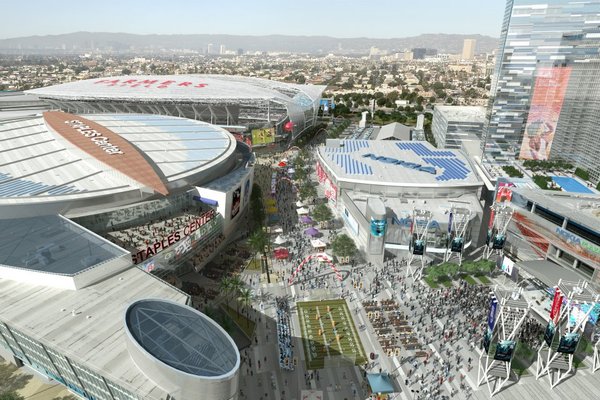 Curbed reports that bets are currently on a NFL team going to Dodger Stadium instead of by the Staples Center due to the pending sale of AEG and the downtown improvements required as a condition to funding Farmer’s Field.   The word on the streets is that the NFL essentially ruled out a move for next season, so no matter what, LA won’t get a team until at least 2014.